2015 Aldermanic candidates should run NOW (for another office) 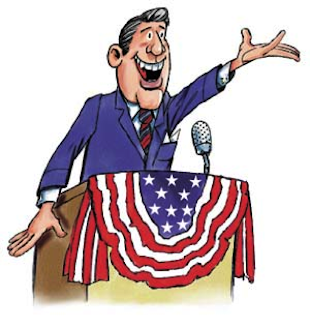 Many people are looking forward to running for Alderman (and even Mayor) in the city of Chicago in early 2015.

But in order to be successful, we suggest that you run for office starting now -- and do so for different office.

So why run? There are several reasons why this is a good idea.

The first is that it gives you practice for running for office.  You can see what are the different things you need to do (such as filing, setting up debates, meeting constituents), and how much time it takes.

Also, you can analyze results, especially in the city, and see where you have support, where you don't, and where you might have a chance to win over voters.

As you campaign, you can see who you can count on to help you run, and see what types of weaknesses you have (such as a communication team, someone living in the north side of your district).

Because this isn't your "real" office, you can decide how much time and money you wish to invest in this election. You should put in effort, so you get a taste of reality. But you may then step back and family, job, church and other commitments come up.

It is vital, however, after you have run, to follow up with people and ask them why they didn't vote for you, and what it would take to earn their vote.

Many of the materials you use (such as campaign signs, which should be generic such as "Vote for Do-Gooder Consulting") and your website (which states your general values and issues) can remain in place even after this first election.  You can build awareness over time, especially in-between election periods.

It sounds like a lot of effort, and off your goal. But trust us -- running for one office can help build your credentials and set you up for victory in your desired office.

For more information on how Do-Gooder Consulting can help you, call/text us at 872-222-8008 or e-mail us at politics@do-gooder.us
Posted by JP Paulus at 8:53 PM